The ritualistic checking of weight and shape may intensify body size preoccupation and maintain disordered eating behaviours, such as purging or restrictive eating. The Body Checking Questionnaire is a brief self-report questionnaire designed to specifically assess body checking behaviours.

Acknowledgements: This research was supported by a grant from the Psychiatric Division at Ullevål University Hospital awarded to Dr. Reas. An earlier version of this study was presented at the Forskningsseminar om Spiseforstyrrelser (NFIS) in Oslo on December 10, 2007.

Body checking is considered a behavioural expression of core eating disorder pathology, i.e., the undue influence of weight and shape on determining self-evaluation (Fairburn, Cooper, & Shafran, 2003). Examples of body checking include ritualistic weighing, feeling for bone protrusion, pinching or measuring for fatness, seeking reassurance about shape, and using special clothing to gauge changes in body size/shape. According to cognitive-behavioural models, as an eating disorder develops, weight and shape become the primary indicator of self-control, or conversely, failure (Fairburn, Shafran, & Cooper, 1999). Repeated scrutiny of the body is hypothesized to magnify perceived imperfections, serving to maintain body size preoccupation and trigger increased dietary restraint (Shafran, Fairburn, Robinson, & Lask, 2004; Shafran, Lee, Payne, & Fairburn, 2007). The frequency of body checking is found to discriminate between eating disorder patients and normal controls, and the vast majority of patients report engaging in body checking (Reas, Whisenhunt, Netemeyer, & Williamson, 2002; Shafran et al., 2004). Owing to the distressing and time-consuming nature of these behaviours, in addition to their potential role in maintaining clinical behaviours such as purging or restrictive eating, the assessment of body checking is considered important.

The Body Checking Questionnaire (BCQ) was designed as a 23-item self-report measure to specifically assess body checking behaviours (Reas et al., 2002). Responses are scored on a 5-point Likert scale from 1 (never) to 5 (very often). The total score is the sum of the individual items and ranges from 23 to 115. Factor analytic studies of the original English version indicate a higher-order construct comprised of three subfactors, including checking of overall appearance (10 items), specific body parts (8 items), and idiosyncratic checking (5 items). The BCQ has been translated into Italian and Portuguese, and is under adaptation for men/boys, yet no Norwegian version exists.

Recent WHO guidelines were consulted for translation and cross-cultural adaptation of self-reported measures (WHO, 2007). The original English version of the BCQ was forward translated into Norwegian by a professional translator who is also a health professional. A bilingual expert panel (RASP team) was then convened to identify and resolve inadequate expressions and concepts of the forward translation and original version An independent translator performed the back-translation. Three monolingual judges satisfactorily rated the linguistic/literal (6.2 out of 7.0) and conceptual equivalence (6.8 out of 7.0) of the back-translated and original versions. The translated Norwegian version further underwent several iterations and was pre-tested for acceptability.[1]

To establish norms and examine psychometric properties, the Norwegian BCQ was administered to a sample of N=183 non-clinical female controls recruited via classroom visits from three different university settings. All participants received a negligible form of compensation for their participation in the study (i.e., gift card or lottery ticket) and written informed consent was obtained from all participants. The average age of the sample was 23.6 years (SD = 5.6; 18-53 years) and mean body mass index was 21.9 (SD = 2.9; 17.3 to 38.3). Table 1 illustrates mean scores (SD) of the Norwegian BCQ along with comparison means from the US, UK, and Italy. The total mean score for Norwegian non-clinical women was 45.6 (SD =13.3).

Internal consistency as measured by a Cronbach’s alpha coefficient was 0.92 for the total scale. Cronbach’s alphas for the three subfactors were 0.84, 0.87, and 0.66, for the overall appearance, specific body parts, and idiosyncratic checking subfactors, respectively. To evaluate the temporal stability of the Norwegian BCQ, a total of 95 participants completed the measure 1-week later (8.1 days, SD = 2.2). One-week test-retest reliability was 0.87, indicating satisfactory reliability. Prior studies have reported comparable results (Cronbach’s alphas from 0.83 to 0.92; reproducibility from.90 to.94; (Calugi & Dalle Grave, 2006; Reas et al., 2002).

Confirmatory factor analyses were conducted to validate the Norwegian BCQ. In these analyses, the indicators were handled as ordered categorical variables. A robust maximum likelihood estimation procedure was utilized due to the non-normal distribution of dieting in the population. Missing data were handled using the full information maximum likelihood procedure. The statistical program Mplus 4.1 (Muthén, 1998-2006) was used for all analyses. Two models were estimated in this study. First, a one-factor model was constructed where all items loaded on one general body checking factor. The fit indices for this model showed an unsatisfactory fit for the Comparative Fit Index (CFI=0.87) and the Tucker-Lewis Index (TLI=.086), whereas the Root Mean Square Error of Approximation (RMSEA=.066) was satisfactory (c²[230]=411.6, p<.01).

Examples of body checking include ritualistic weighing, feeling for bone protrusion, pinching or measuring for fatness, seeking reassurance about shape, and using special clothing to gauge changes in body size/shape

Second, a factor model was constructed where a higher-order factor loaded on the three sub-factors as described above. This model showed satisfactory fit on all three fit indices (CFI=0.91;TLI=.90; RMSEA=.056; c²[228]=356.8, p<.01). The factor loadings for the higher factor were strong (0.85-1.00, ps<.01) and the item loadings for the sub-factors were above 0.45 for all factors beside of one factor loading of 0.39 (item 20; all ps<.01). This factor structure replicates results from previous studies suggesting body checking is a higher-order construct with three interrelated subfactors of overall appearance, specific body parts, and idiosyncratic checking (Calugi & Dalle Grave, 2006; Reas et al., 2002).

To establish concurrent validity, BCQ scores were correlated with the Eating Disorders Examination-Questionnaire (Cooper, Cooper, & Fairburn, 1989; Fairburn & Beglin, 1994). The EDE-Q is a 28- item self-report measure of eating disorder psychopathology based on the Eating Disorder Examination (EDE; Fairburn & Cooper, 1993). The EDE-Q focuses on the previous 28 days and consists of four scales: dietary restraint, eating concern, weight concern, and shape concern. Results supported the concurrent validity of the Body Checking Questionnaire. The BCQ was significantly and positively correlated with the total EDE-Q score (r = 0.73, p <.001) and its subscales (range from r=0.55 to 0.74, all ps<.001). Consistent with prior reports, the BCQ demonstrated the highest correlation with shape concern.

As an additional test of validity, participants who reported they were currently on a diet for the purpose of weight loss were compared to non-dieters. Of the 183 participants, 33 (19%) reported being on a diet. On average, the dieters reported significantly more body checking behaviours than the non-dieters (58.6 vs. 42.9; F = 46.1, p<.001). These results indicate that persons who are intentionally trying to restrict their caloric intake tend to exhibit more body checking behaviours than those who are not currently dieting. Prior research has indicated that periods of intense checking may be accompanied by dietary restraint (feeling «in» control), whereas periods of avoidance are accompanied by disinhibition (feeling «out» of control) (Reas, Grilo, Masheb, & Wilson, 2005).

The BCQ is a 23-item self-report questionnaire that can easily be administered and requires only a few minutes to complete. The BCQ is in questionnaire format and can therefore be administered in either individual or group settings. Preliminary results indicate the Norwegian-language BCQ demonstrated satisfactory reliability and concurrent validity among Norwegian-speaking women. At the time of writing, the Norwegian version of the Body Checking Questionnaire has not been validated in clinical populations in Norway, which is considered a methodological shortcoming. Similar to the majority of measurements available within the field of body image and eating disorders, these initial norms were established using young women recruited from university settings, thus limiting the degree to which they can be generalized to other segments of the population. The mean score for Norwegian women was comparable to that found in the Italian and British samples, but was lower than the American sample. These findings may be attributable to the younger age of the American sample, as results have demonstrated that checking correlates inversely with age, or perhaps findings are attributable to cultural differences. Further research is needed in order to clarify these results. Future studies are also recommended to investigate the sensitivity of the BCQ to treatment and to the potential prognostic significance of body checking behaviours in affecting outcome.

The Body Checking Questionnaire can be obtained by contacting the first author at d.l.reas@medisin.uio.no or it can be downloaded from the Regional Avdeling for Spiseforstyrrelser website at http://www.ulleval.no/modules/module_123/proxy.asp?D=2&C=563&I=6432

WHO (2007). Process of translation and adaptation of instruments. from http://www.who.int/substance_abuse/research_tools/translation/en/index.html 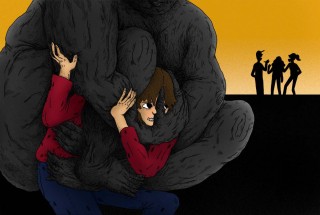 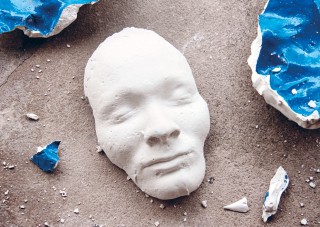 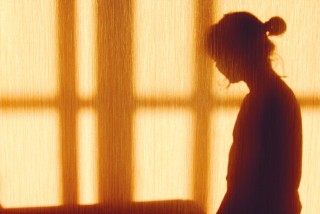