Neutrality translates into support for the status quo. It is not good enough to deal efficiently with manifest conflict while leaving structural conflicts outside of our frame and therefore intact.

When one attempts to mediate interpersonal conflicts in an unequal society, the notion of mediator neutrality can be severely challenged. It could be argued that in certain cases, neutrality translates into support for the status quo. In this essay I attempt to expose the reader to some of my experiences in the field. It shows that neutrality on my part would have meant that I should ignore unequal power relations embedded in the continuities of racial and economic oppression of the apartheid era. To contextualize, I briefly outline (a) the South African context after apartheid and (b) how lingering social and economic inequality along racial lines, inform every aspect of mediation at a micro level; and (c) how the case hereunder, became the catalyst that set me on a course of deep questioning of the role of mediators in unequal societies. The case exemplifies the contradictions of our craft as mediators in unequal contexts. It is a narrowly focused thin analysis as space does not allow for a thick analysis.

All the political undercurrents in South Africa played out in those meetings. It had the potential to undermine the process by turning it into a test of race, class and political loyalty

South Africa experienced approximately 300 years of colonization and 48 years of apartheid – a legal system of oppression of the black majority by a white minority. In South Africa’s constitution, black denotes African, Indian and the apartheid category of ‘coloured’ (mixed race). Some people of mixed race prefer the apartheid category ‘coloured’, while others, including myself, prefer the category ‘black’ as a political identity. The category ‘white’ applies to people of European descent. The apartheid state made no meaningful distinction between white people except for language. The Afrikaans speaking ‘Afrikaners’ (ex Dutch) were in power and they generally distinguished themselves from ‘the English’.

In short, apartheid was a system of racial and economic oppression that had social and psychological effects. It left as a legacy, a grossly unequal and deeply divided society. The attempts at leading with regard to reconciliation and forgiveness by Nelson Mandela and Desmond Tutu were focused on achieving racial harmony and unity. In addition, 16 years of democracy has produced profound political and rapid social change. Yet the economic inequality gap is widening, and this has a knock-on effect in terms of racial, social, educational, health, psychological and other disparities and effects. These nested inequalities are currently evident (a) between black and white people, as well as (b) amongst black people, as many in this group become more skilled, educated and connected. Space does not allow an in depth discussion about inequality. For this essay, it suffices to say that historical and contemporary inequality has material and symbolic effects (Neckerman & Torche, 2007). These effects interact with other factors to produce different conflictual perceptions, attitudes/ behaviours and situations [Mitchell, 1981]. These interlock to produce, inform and/or provide a context for a variety of conflicts at different levels of society.

The above background frames my experience as a peacebuilding practitioner resident in South Africa.

I was contracted to mediate at a small factory in a rural town on behalf of an international trading organisation. Their policy is that they only trade with businesses where workers were happy. If the unhappiness could not be resolved, they intended to withdraw from trading with the factory. The client expected a specific outcome – ‘happy workers’.

To get as full a picture as possible, I first conducted separate meetings with the disputing and affected parties, before recommending a remedy. I observed that the client’s representatives in South Africa, whose task it was to brief me, were a white female and white male. The manager at the factory was a white female. A white woman worker was included in the manager’s introductory meeting with me. Access to the black workers had to be facilitated by the manager, who left when I asked to speak to the workers alone. From their body language I could see that the workers were suspicious of the process and of me. One worker, who had received warning letters refused to speak at first, but later opened up when I explained my role and background. Part of their unhappiness was towards ‘outsiders’ (previously sent by the same client). They alleged that these ‘outsiders’ allegedly made promises to them that never materialized. I later discovered that ‘these outsiders’ were the client’s representatives who facilitated my access to the factory!

It emerged that the white worker who was part of the manager’s meeting, was recently employed, trained by the black workers and promoted. The physical space was divided – white manager and worker upstairs and black workers downstairs. A black male supervisor, more senior than the white worker, had an office downstairs even though their work was similar.

During the pre-mediation sessions I attempted to build trust with all the parties while trying to understand their positions. I repeatedly explained the process, and my role as an external facilitator. The more I learnt about the history of the conflict, together with my observation of non-verbal cues, the more I realized how compromised I appeared to the black workers. On reflection, I realized that the manager’s inclusion of the white worker in the introductory meeting reflected an ‘us’ and ‘them’ positioning. The black workers insisted that I include their trade union representative before they participate. Perception management became top priority as I began to understand that internalized superiority and internalized inferiority were a confounding factor. Although the brief did not include the labour aspects of the conflict, I arranged a separate meeting with the union who requested that the client’s representative be present. I trusted my instincts and took the liberty to view the conflict from a variety of perspectives. This was also to control for my own visceral reaction to the race, class and gender dynamics that I immediately understood from my default perspective as a black historically oppressed person.

When I arrived for the joint meeting with the client’s representative and the trade union representative, all the women involved in the conflict arrived at his request, without my prior knowledge. The women did not have permission to take time off work. This sparked another incident with the manager. It also had the potential to make me appear biased and complicit in a situation of low trust and high tension. It emerged that the factory owner and manager had their own ongoing conflict with the trade union representative and did not want him to organize on their premises. He in turn intended to bypass them and use the process to access the client’s representative.

The aim of pre-mediation on my part was to try and understand the history, context, possible causes, correlates, triggers and consequences of the symptoms (unhappy workers) before recommending a specific remedy. Each of the parties of course tried to gain the upper-hand because they were locked in a logic of conflict.

In addition, all the political undercurrents in South Africa played out in those meetings. It had the potential to undermine the process by turning it into a test of race, class and political loyalty. The urban/rural divide between me and the parties was another factor that I was acutely aware of. As it turned out, this analytical process became the catalyst that set me on a course of deep questioning of the role of mediators in unequal societies.

In my assessment the presenting problem (bad relationships) were rooted in a continuation of apartheid perceptions and attitudes on all sides. This was exacerbated by a power imbalance along racial lines. While different daily situations triggered the verbal ‘fights’ and random application of labour laws, these were symptomatic of an ongoing structural conflict that kept everyone in their unequal ‘place’. They acted according to intergenerational scripts that were written and internalized long before they were born. In my assessment, the manager’s attitude and behaviour towards the black workers were markedly different from that towards the white employee and me. The black employees were rendered vulnerable by the threat of loss of income. This had a silencing effect. Their need for representation by the union caused them to engage in behaviour that further escalated the conflict at work. The conflict at work further polarized the workers along racial lines. Race, gender and status intersected to produce the disparity between white and black workers and between them and the manager. This escalated the conflict. The manager’s attitude towards me was conspiratorial. I was treated like an equal in an ‘us’ and ‘them’ attitude. The black workers vacillated between wanting to trust me as ‘one of their own’ and fearing me as ‘just another educated, urban outsider’ whose race was a confounding factor.

On a political level, I simply refuse to close my eyes to structural injustice. I gave the client my analysis, refused payment for the months of work already done, and withdrew from the process

The power imbalance favoured the white manager. The black workers were powerless without union representation. However, while their union membership strengthened their power, it counted heavily against them and contributed to the conflict situation. Unfortunately, the specific union representative did not serve them well and provided the manager with ammunition to strengthen a case against unionization. This in turned placed me as the potential mediator in a compromising situation – which I refused to entertain.

Firstly, I refused to mediate a resolution to ‘relationship problems’, defined, limited and controlled by powerful parties to the conflict. Such a process would only have produced what Noam Chomsky calls, ‘happy oppressed’ people. Secondly, I was emotionally triggered by the various cues emanating from the different parties to the problem. I realized that I was not, and might never be healed of the effects of oppression and how this interacts with my own internalized oppression. Thirdly, on a political level, I simply refuse to close my eyes to structural injustice. I gave the client my analysis, refused payment for the months of work already done, and withdrew from the process. To date I am trying to understand, through further studies, how peace builders in general and mediators specifically, can render structural injustices visible so that clients do not make agreements that ignore these constraints.

In sum, in my view and experience neutrality, in the context of power imbalances and structural inequality, translate into support for the status quo. It is not good enough to deal efficiently with manifest conflict while leaving structural conflicts outside of our frame and therefore intact. If we as mediators are committed to long-term peace building, we must also think of ways that structural conflicts, in all its forms, can be challenged and addressed, leaving power no place to hide. If we fail to do that, we, with our band-aid mentality, are as guilty of oppression as direct oppressors are. Thirty pieces of silver come to mind. 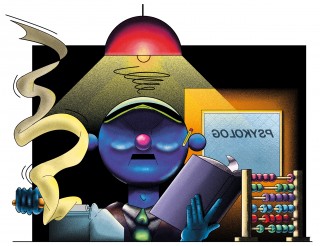